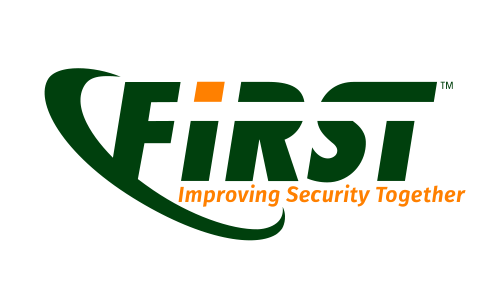 The Conference Schedule and Booking Information is now available.

Please also read the Submission, Voting and Proxy Procedures for Motions for the FIRST General Meeting.

The annual FIRST Conference and workshop is the only event of its kind. It focuses on the field of computer security incident handling and response. In recognition of the global spread of computer networks and the common problems faced by computer owners the conference is held in different parts of the world. Past conferences have been located in Santa Clara (California, U.S.), Karlsruhe (Germany) and Boston (Massachusetts, U.S.). The presentations are international in scope and include the latest in incident response and prevention, vulnerability analysis, and computer security. Additionally, these events serve as the foundation for the improvement of computer security world-wide via the sharing of goals, ideas, and information.

Who should attend? Any person who is responsible for the co-ordination of computer security incidents will benefit from attendance at this workshop. This may include both members and non-members of FIRST, law enforcement, consultants, contractors, vendors, and incident response teams.

The 9th Annual FIRST conference will be at the Marriott Hotel in Bristol, England. Bristol is a city of 380,000 people in the West of England about 170km (105 miles) from London. Fast and frequent trains serve Bristol giving a journey time from London's Heathrow airport of 2 3/4 hours. English weather is notoriously fickle; in late June the temperature is usually a comfortable 24C (75F) but spells as varied as 32C (90F) or 19C (66F) can occur.

Situated on the River Avon close to the Severn Estuary, Bristol's history has been dominated by sea trade for the past thousand years. Although the town was an important site for the Romans and the Normans it was the construction of a new quay in the 13th century which brought prosperity to the area.

In 1885 Sarah Ann Henley jumped from the Clifton Suspension Bridge - only to be parachuted by her petticoats gently into the mud below.

Launched in Bristol in 1843 the ss Great Britain was designed by Isambard Kingdom Brunel and was the first propeller-driven ocean going iron ship and started service carrying passengers to New York.

William Penn, founder of Pennsylvania, was married in the Society of Friends meeting house in 1696.

John Cabot sailed from Bristol in the Matthew in 1497 to reach Newfoundland and the North American continent.

Outside the Corn Exchange stand the Nails - four bronze pillars, dating from the late 16th century. These served as trading tables on which merchants completed their transactions; hence the saying 'to pay on the nail'.

Named from the flat-bottom boats that used to trade between Bristol and the Welsh coast, the Llandoger Trow pub is reputed to have been the haunt of pirates and the model for the Admiral Benbow in Treasure Island. It is also said to be the scene of meetings between Daniel Defoe and Alexander Selkirk (the castaway who became the model for Robinson Crusoe).

The Forum of Incident Response and Security Teams (FIRST), is an international organization that brings together a variety of computer security incident response teams. These teams include government, commercial, and academic organizations. World-wide, FIRST aims to foster co-operation and co-ordination in incident prevention, to prompt rapid reaction to incidents, and to promote information sharing among members and the global community at large. Further information about the FIRST organization is available at the FIRST WWW server https://www.first.org/.

Local organization for the 1997 Conference is being provided by JANET-CERT and their parent organization UKERNA.