Seoul, officially known as the Seoul Special City, is the capitol and largest city of South Korea with a population of over 10 million people. As the center of the Seoul Capital Area, it is the second largest metropolitan area in the world with over 25 million people! Seoul is a leading global city; the robust metropolitan economy is the 4th largest in the world. All of these factors combine to make it one of the top 5 international conference destinations!

Seoul is one of the top global technology hubs, centered on the Gangam district and Digital Media City. Ranked as the world’s most wired city, the largest subway network in the world boasts 4G LTE, WiFI and DMB inside its subway cars. The city is home to 15 Fortune Global 500 companies including Samsung, LG and Hyundai-Kia. 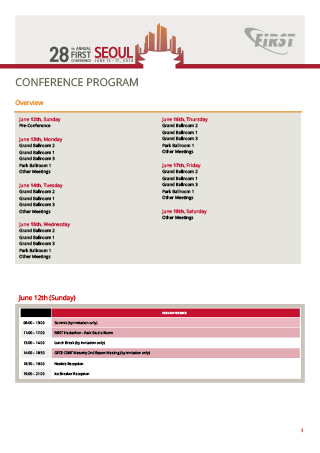