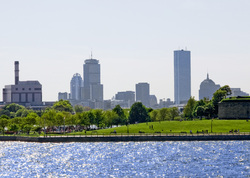 Founded in 1630, Boston is one of America’s oldest cities and the state capital of Massachusetts. Nicknamed the “Cradle of Modern America,” Boston has been the epicenter for social and political change and has played a critical role in the formation of the United States. Visitors will be surrounded by the rich culture and historical sites every which way they turn – from the remnants of the British Monarchy all the way to Fenway Park, home of the Boston Red Sox.

Boston is a thriving metropolis of more than 625,000 residents; home to over a 100 universities/colleges; and a center point of research and innovation in industry. Boston is also home to the oldest Major League Baseball stadium. Built in 1912, Fenway Park, home ballpark to the Boston Red Sox is a site and sport for visitors to experience. This is a charming city on the Massachusetts Bay with incredible museums and historical sites, opportunities to dine on the freshest seafood, and inviting shops and entertainment.

Participants of the 26th Annual FIRST Conference will find Boston to be an exhilarating and enlightening experience. This city is visited by over 12 million tourists each year. Public Transportation is ample - taxis, mass transit, “T” subway and Commuter Rail are all available methods.