In order to successfully provide scores for older vulnerabilities it was necessary to have complete data on all of those old vulnerabilities. A key piece of that data is the CVSS v3 metrics. The vulnerability assessments provided by CVSS v3 are only available mostly for vulnerabilities created after 2015.

Because of the large increase in the number of vulnerabilities in the last 5 years however, there are ample data that allows us to infer the CVSSv3 metrics for older vulnerabilities. To accomplish this, much of the data used as inputs to EPSS was used to train an Artificial Neural Network (ANN) to predict the CVSS v3 base vector.

The model was developed using time stratified 8-fold cross validation on the data set of vulnerabilities which had both CVSS v3 metrics. We were able to achieve an accuracy of 75% for predicting the exact CVSSv3 vector. Each individual sub component was predicted with greater than 93% accuracy. 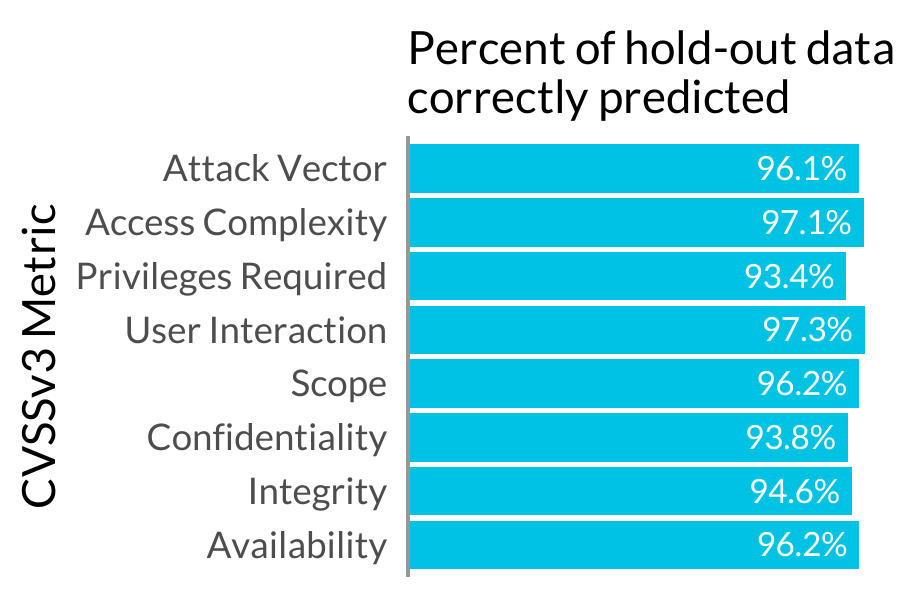 This equates to achieving 88% accuracy when considering the vulnerability “severity” (None/Low/Medium/High/Critical). Moreover for 99.9% of the predictions the ANN was able to predict at least 4 out of the 8 metric values correctly. The model also performed well across all time periods.