FIRST announces winner of The Incident Response Hall of Fame

Prof. Dr. Klaus-Peter Kossakowski honored as the inaugural inductee of The Incident Response Hall of Fame 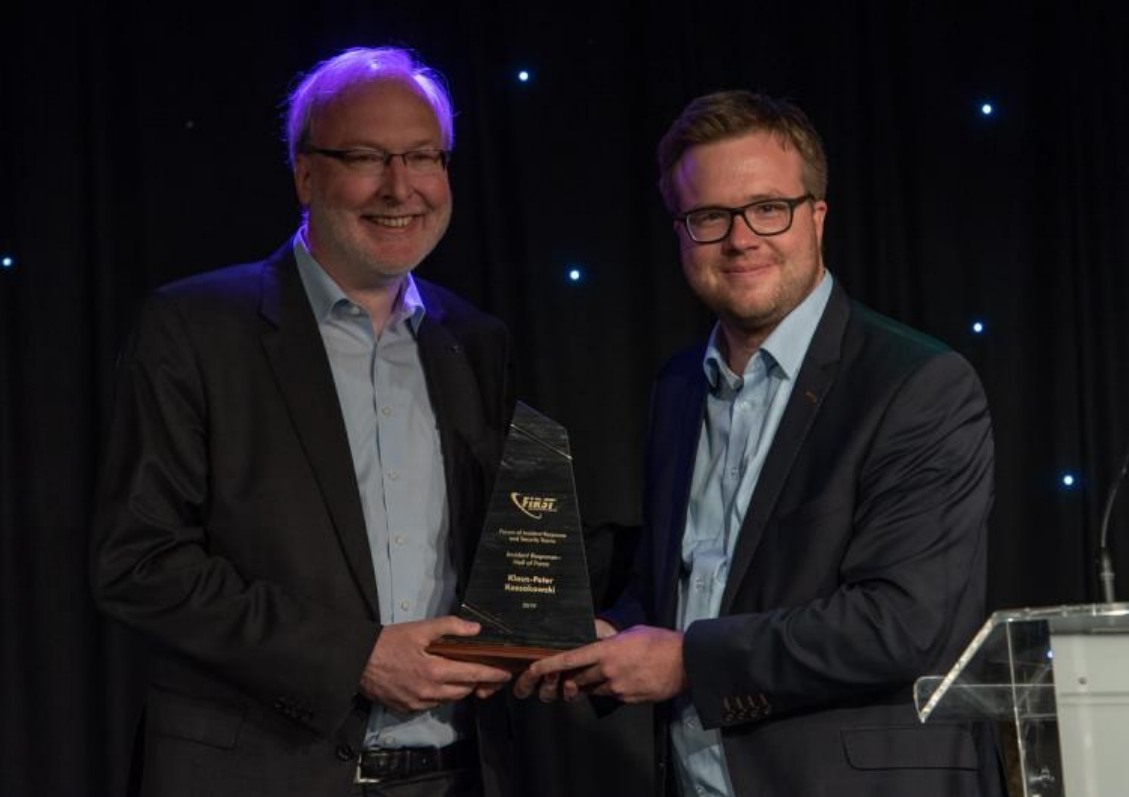 July 31st, 2019 - The Forum of Incident Response and Security Teams (FIRST) has announced the winner of The Incident Response Hall of Fame. Prof. Dr. Klaus-Peter Kossakowski is recognized for making significant contributions to the development and advancement of global security.

As a long-term veteran in the cyber security community and past chair of FIRST, Prof. Dr. Klaus-Peter Kossakowski has considerably helped to raise the awareness for Computer Emergency Response Teams (CERTs) concentrating on international issues, information sharing and coordinated cooperation, as well as establishing an international infrastructure for Cyber Defense. He built up the first CERT team in Germany - one of the first teams in Europe. He has developed many fundamental documents for FIRST, such as the CSIRT handbook, and provided much support for many new teams. As a professor at the University of Applied Sciences in Hamburg, Kossakowski also enjoys sharing his knowledge with the younger generation.

During his acceptance speech, Professor Kossakowski thanked FIRST for the recognition and shared some tips for the next generation of incident responders “be yourself, and stay that way...stay faithful to your mission, have courage, and above all, listen to you heart and be brave.”

“Professor Kossakowski is a role model to many of us,” stated Thomas Schreck, Board Member at FIRST. “He is continuously providing feedback on research topics, operational experiences and lessons learned to the community. His dedication to the industry is inspiring and we are grateful for his accomplishment.”

Professor Kossakowski will receive a lifetime liaison membership of FIRST as a show of appreciation.

The awards ceremony was held at the FIRST 31st Annual Conference in Edinburgh, Scotland, which saw over 1,100 IT security professionals from more than 80 countries attending.

Founded in 1990, the Forum of Incident Response and Security Teams (FIRST) consists of internet emergency response teams from more than 360 corporations, government bodies, universities and other institutions across 78 countries in the Americas, Asia, Europe, Africa, and Oceania. It promotes cooperation among computer security incident response teams. For more information, visit: https://www.first.org.