Budapest has an extensive public transport network, allowing visitors to have easy acess to any destination. Generally, the fare system is one ticket per one travel on any means of transportation, but there are several discount cards and travel passes available. For more information, see www.bkv.hu.

Getting around in Budapest

By minibusBudapest Airport operates a shuttle service. Passengers are taken to the previously requested address by minibuses with eight to eleven seats. One way and return fares are both available. To arrange a trip please ask the reception at any hotel.

By metro and bus

Budapest Airport is relatively well accessible also by Public Transport (BKV). Passengers are taken by a direct bus service from Terminals 1 and 2, called the Bus 200 to Köbánya-Kispest metro terminal. The new service operates frequently and it provides a link between the city and the airport even after mindnight and at early dawn. Bus 93 operates from Terminal 1 to Kõbánya-Kispest Metro Station. By the "blue" (2) Metro you can reach Deák Ferenc Square in the City in 20 minutes. BKV can be used for a fare: the one-way through-ticket costs HUF 185 (50 cents). For more information about the public transportation of Budapest see www.bkv.hu.

Taxis queue up at the arrival hall of Ferihegy Airport 2A and 2B Terminals but the cars of the taxi company preferred by the passenger would arrive at the Terminal in 5 minutes. Taxi fares include VAT but exclude tip. Most taxi services apply "transfer fares", about HUF 4000 which takes passengers to any Budapest destination. 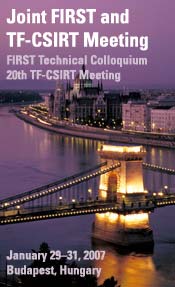